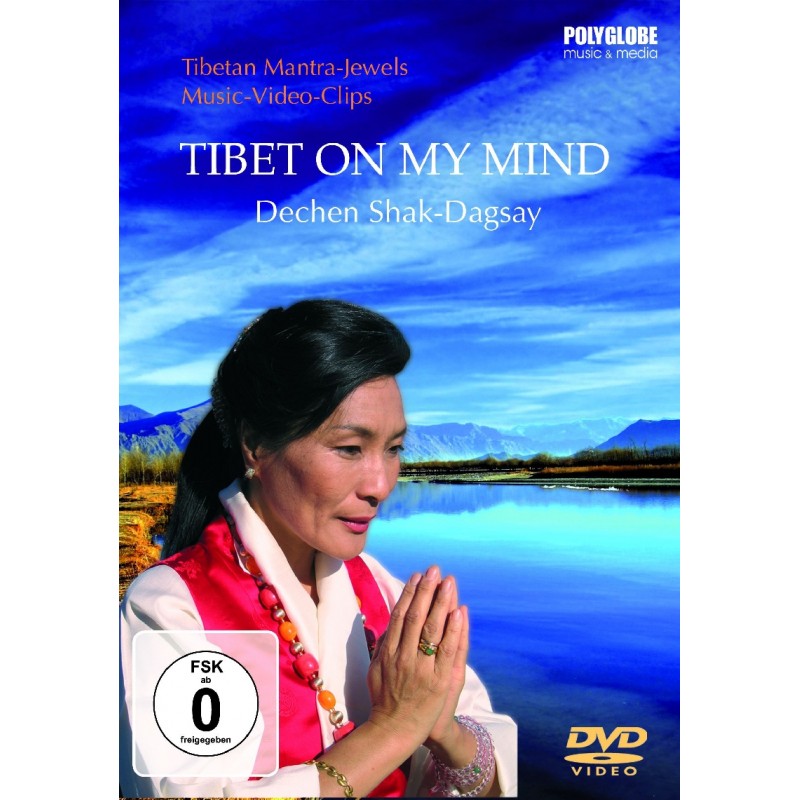 Music-Video-Clips This new video DVD contains a fine selection of - so far - non released movie material of mantras and peace-songs, with Dechen Shak-Dagsay, the well known Tibetan singer. In this new Polyglobe Music production the artist performs Tibetan mantra-jewels like e.g.: "Om mani padme hum", the "Tara Mantra", or the song "Care for the animals", and much more. Performing and singing Dechen Shak-Dagsay leads through this very artistic created music-video-clips. The film-shooting of this ten video-track-DVD took place on original venues in monasteries and in natural environments of Tibet and at spiritual events in Europe. At some of this shootings, His holiness XIV. Dalai Lama was present. Mantras are holy texts and are recited in Tibet for the benefit and out of compassion for all beings. To express this particular standard was a big challenge in making of the movies. The music clips describe content and meaning of the mantras and songs and have the power to inspire the spiritual imaginations. Music quality in stereo-surround studio quality.
Pricecode: 402 /  Total time: 50 min  /  EAN: 9006639410037 / 978-3-900006-57-0