The French pianist Volker Madert lives near the French-German border (Lorraine-Saarland), where he dedicates to his music and where his feelings and his intuitive music work comes from.
He has played the piano since the age of 9. Since then, he has had plenty of musical experience. Through contests, radio shows, concerts with his own band and with some guitar practice, even Rockn’ Roll left its mark. Music carried him through life.
At the age of 38, after a creative break and personal reorientation, he started to search new ways in his musical universe. The spiritual dimensions in music occupied him more and more, with a deep desire to give birth to music in an intuitive way and in the present moment. With time his composing lost some of its rough structures to leave in place an intuitive game, a musical space that the artist fills wonderfully with "The game of heart".
“Sometimes it happens that I surrender control of my fingers and distance myself from all to be the audience myself. It's the present moment and the researched state that we could qualify as half-trance. It happens often that I don't even remember that I played.”
Apart from the virtuosity of the pianist, it’s precisely this intuitive capacity that makes the quality of his subtle music, touch your heart and goes straight in to the listener's soul.
On his recordings, instead of using the standard instrument tuning frequency of 440Hz, Volker Madert tuned his piano in a way to harmonise the tonality of his composing with planetary frequencies according to the calculation of Hans Cousto. This specific feeling so obtained allows the artist to communicate with the audience from more subtle and deeper sonorous colours. Tree CDs with intuitive piano music, filled with energy, have been published by Polyglobe Music, Austria:
“Angel Drops“ Polyglobe 10610, “Yoga Keys“ Poylglobe 10611, “Planet Tunes“ Poylglobe 10612 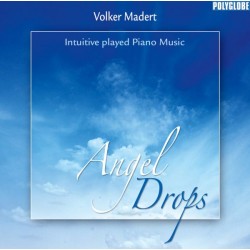 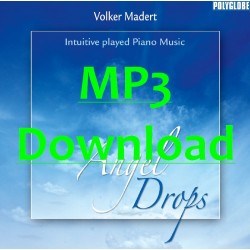 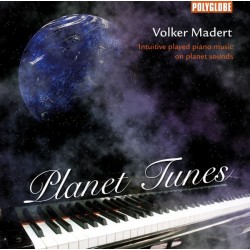