A recognised musician and composer in his home country, Manu Delago was born 1984 and grew up in the Tyrol, Austria. He can already look back on a musically diverse life: at the age of two he already sat at the drums, at six he attended accordion lessons and aged ten he started to take piano lessons. At home in the world of rock, he played the drums in several bands when he was just 14. Those bands were influenced and characterised by his style, which meant leaving clichés behind as well as crossing borders. Through the integration of Jazz, popular- and world music he eventually discovered his own creative power, as can be seen in pieces like the 2004 composition for the “Klangspuren” in Schwaz (Austria).
He has been on stage with bands like HotchPotch (winners of the Austrian Bandcontest 2003) or the Starmania winner Michael Tschugnall a vast number of times. Several studio recordings have made him into an attentive and dynamic musician and composer.
His way to success lead him from a grammar school with an emphasis on music to the Conservatory in Innsbruck and across the borders to London and Vienna, where he studied with famous musicians like Paul Elliot or Jojo Mayer. Besides playing the drums and percussion with Marimba, the relatively unknown “Hang” with its typical variety of sounds finds itself promoted by Manu Delago 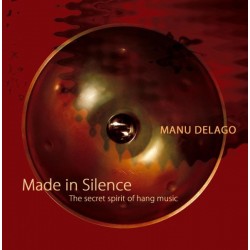