The name of the band symbolises the search for a connective concept and links to the religious movement of the Hesychasts during the last years of the Byzantine reign and during the second Bulgarian empire. The Hesychasts in those times believed that everything mortal is sentenced to death, but the spirit and the Orthodox believe have to be saved and must survive. In the 14th century on the eve of the Ottoman occupation of the Balkan Peninsula the Hesychastic movement rethought of the pure believe of the first Christians in order to save the Ottoman identity of the Balkan. At the beginning of the 21st century Isihia returns to the believes of the Hesychasts of the Middle Ages, to their original Christian values, that become more and more important nowadays, values as real faith, intact moral and pure spiritual devotion. In mediaeval times for those Christians the word “Isihia” referred to the heart of the Hesychastic ideas; translated literally it means silence, contemplation, peace – the spiritual exercise that is necessary to unite with God. Isihia is a mosaic of sound created from the undistorted themes of Bulgarian folk songs and melodies, created from the Hesychastic sound of Christian chants, the myths of the Balkan soul and the romance of a national drama in the Bulgarian history. 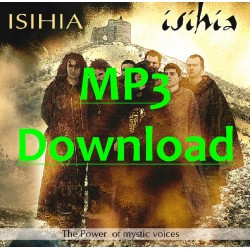