The duo “Thomas Heinz”, was founded at the end of 2006 by Thomas Schauffert and Heinz Ehrsam. Their goal, to create a very personal unified structure of sounds, which guides their listener into a world full of dreams and imagery, was about to be realized.
It was in the spring of 2002, when Schauffert’s former pop-rock-band “Jaywalk” was looking for a new drummer, that is when Thomas Schauffert and Heinz Ehrsam got to know each other. Heinz Ehrsam was “Jaywalk´s” first choice for the position of the drummer and after years of experience in numerous concerts and after the production of two CD-albums, both knew, that they could work very well together as just a duo: “We realized, that music may only be created with the deepest conviction and with no expectations for success. Only the love to music, human beings and the creation counts in everything we do. It’s with this love out of which our music should develop”, explains Thomas Schauffert.
The fact that both clicked, from the very beginning of their relationship, is even more special as each musician came from a completely different musical background.
Thomas Schauffert actually began playing the trumpet as a young child. Yet it wasn’t until he had to stop his career as a tennis player, due to an injury of his wrist, that he was drawn intensely back to his other big love: “MM” - making music. At the start of his 20´s, while completing his Swiss military service, he began to write lyrics and compose music, learned to play the keyboards and experimented with drumming and singing. During all these years this multi talent were inspired by such artists as the likes of Louis Amstrong, Genesis, Andreas Vollenweider, Michael Jackson and various styles of classical music.
The “beat expert”, Heinz Ehrsam, came to embrace his passion for music at a slightly later age. With thirteen he started to play the drums, as it was the ‘drive’ (ambition) of a lot of children living in the villages around, at that time. His love for music was influenced not only from his brother but also from such world talents as Pink Floyd, U2, Simple Minds, Phil Collins, Peter Gabriel or Cock Robin. Still today they remain among the favourites of Heinz or “the man with the feeling for good vibes”, as his musical second half, Thomas Schauffert, nicknames him.
“Thomas Heinz” can rely completely upon their extensive experience as musicians as well as their perfect matching to each others musical styles.
Thus it is from this musical match that the unique sounds of the duo “Thomas Heinz” grow. Forming their hypnotic sounds they produce melodies that create full pictures, harmonic and detailed fine beats. That which is developed by both can only be achieved in total peace and within whatever timeless frame it takes. Without time pressure - without pressure for success. Only this way can the two live their credo: To create music, based on the pure passion to the power, of sound and melody. Music that goes directly into the heart, because that’s from where it has come. 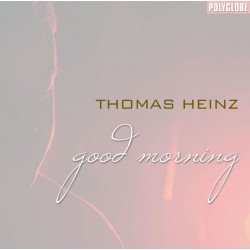 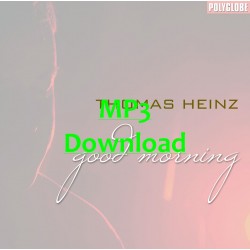 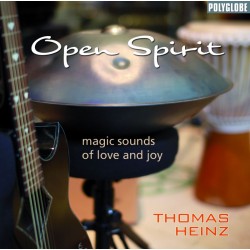 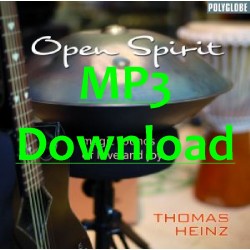 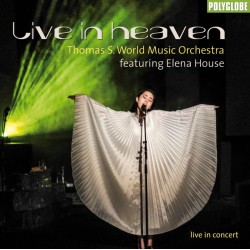